“In January, 1982, the youngest of our seven children drowned at the age of 2 years, 7 months and 8 ½ days. He was utterly adored and cherished by us all. We were totally overwhelmed at the time and took poor advice on his burial site. Because we quickly grew to dislike the administration of the cemetery, we were never at ease even though we worked through the dreadful years of grief and incorporated his death into our lives. We always knew that, when we found the right place, we would do what we could to make it better for our children when we die. A couple of years ago, we came across a delightful old “rural style” cemetery on the Gold Coast.
This time, we slowly picked out a vacant area and bought several plots from the Council. Then, his daddy painstakingly crafted a new coffin over several months. We decided to put inside all the bits and pieces of his we all had kept. The coffin was lined with a quilt that had been lovingly made by friends so long ago; what was exhumed was wrapped in a quilt I had made. Then we all put in his special bits and pieces. The new coffin was beautiful so we made a simple outer box and lined it with big colour-copied photos of the family so he is surrounded still by love.
The day of the exhumation I felt so much for those who were doing the job. I went out to the site and supported them from a distance. It wasn’t upsetting, I was just so grateful. A week or so later, we collected the coffin from the undertaker and drove him to the new cemetery. Just the family and we buried him ourselves. Then we went off to a local coffee shop while the Council workers filled in the grave. The little kids were fascinated and our little boy’s brothers and sisters were full participants. We felt in control of this burial which was in such contrast to the previous one. A big thing is that there are just no loose ends for his brothers and sisters to deal with. It has been a positive experience, more so for some of us than for others but we are at peace with the situation now. You can’t ask for more than that.”

Go to Chris’s story in pictures 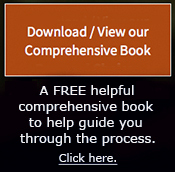 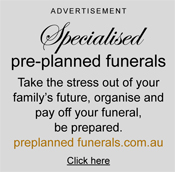